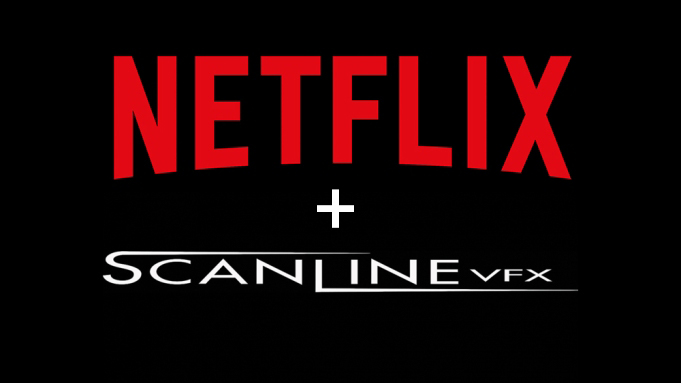 2 min read
Add comment
FacebookTwitterPinterest
Netflix' intention is to invest in Scanline and Eyeline Studios’ infrastructure. Scanline will continue to operate as a stand-alone VFX business.

Netflix has revealed plans to acquire Scanline VFX, whose work for the streaming giant has included Cowboy Bebop, Blood Red Sky and Stranger Things 3, along with the show’s upcoming fourth season, and several more projects.

Recent work from Scanline — which has offices in Vancouver, Montreal, Los Angeles, London, Munich, Stuttgart and Seoul — includes VFX for Eternals, Shang-Chi, Game of Thrones, Godzilla vs. Kong as well as the upcoming films The Batman and Aquaman and the Lost Kingdom.

Scanline – founded in 1989 – is led by Oscar-nominated VFX supervisor Stephan Trojansky. The company received a Scientific and Technical Academy Award in 2008 for its proprietary fluid rendering system Flowline. Recently they have launched Eyeline Studios to get into virtual production services.

Netflix’ intention is to invest in Scanline and Eyeline Studios’ infrastructure. Scanline will continue to operate as a stand-alone VFX business, but it will obviously support more-and-more demanding Netflix productions – in terms of VFX.

“Netflix will invest in Scanline’s pipeline, infrastructure and workforce and continue to support the pioneering work that Scanline’s Eyeline Studios is doing in virtual production to push the boundaries of what is visibly possible,” wrote Amy Reinhard, vp studio operations, “We’ll also continue to rely on many other studios around the world for our VFX needs so we can continue to ensure that our creators have access to the world’s most innovative tech, and continue to bring the most compelling and cutting-edge storytelling to our members.”

The completion of the Scanline VFX transaction is expected to occur in the first quarter of 2022, however value of the deal wasn’t disclosed.

While not running VFX Geek, I'm a visual effects compositing artist with several years of experience. Interested in newest technology innovations, but also having a lot of love for retro VFX and practical effects.

Is India taking over the VFX industry ?!

Any cookies that may not be particularly necessary for the website to function and is used specifically to collect user personal data via analytics, ads, other embedded contents are termed as non-necessary cookies. It is mandatory to procure user consent prior to running these cookies on your website.